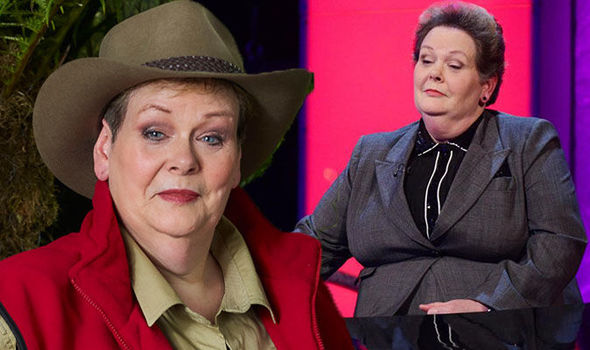 I have watched I’m A Celebrity Get Me Out Of Here every year since I was young. I find the trials fascinating and I suppose in a way, seeing how humans interact with one another equally interesting.

I have felt particularly captured by this years series thanks to Anne Hegerty. Anne has voiced her diagnosis of Autism from the first time she was introduced on the show. She has since had conversations with her campmates about the ‘ins and outs’ of Autism, explaining how she experiences it and how it can affect her daily life.

I have been glued to my screen, feeling empowered that this wonderful woman is educating the general public on ASD. I am backing Anne all the way, I know I wouldn’t cope for very long in the jungle. The noise, smells and constant humans surrounding you in camp would be too much for me – I would burnout fast and have to leave.

After a shakey first night, Anne is doing amazing. Anne has explained how she has managed to get her head around the situation and formulated a plan and coping mechanisms to get her through the days – a skill most with Autism learn to action. Her campmates are being particularly caring and also seem genuinely interested in her Autism diagnosis and how they can contribute to making her time in the jungle less stressful. I find this un-questioning take on Autism so refreshing to witness.

I thought Anne was particularly brave in her first trial. I couldn’t have coped with all that slime on me, the texture would have been unbareable. Anne should feel very proud for lasting as long as she did.

In the second trial she was faced with eating a witchy grub, I felt the pain on her face as she struggled to swallow the creature – it reminded me of trying to force down carrots as a child, the texture and taste did not agree with me then. However, Anne pulled it back by drinking a glass of blended fish eyeballs in a record breaking time; incredible.

In Anne’s third trial we witnessed her dealing with some vulgar tasks. I enjoyed how when Anne did not wish to partake in one of the challenges she simply said, ‘no’. She did not feel the pressure to please anyone else – a trait which burdens me daily. I often allow myself to be pressured by what is expected of me – to conform to neurotypicals expectations – a leaf should be taken out of Anne’s book in this instance, if it is out of your comfort zone as an ASD sufferer and it will not benefit you then you should feel empowered to just say no.

Anne also mentioned in the same episode as her third trial that she has always found it easier to surround herself with males over females and referenced this to potentially being linked to her Autism. This struck a cord with me as during my school days I found it much easier to be friends with males over females. The conversations were easier to join in with and I also felt less judged if I said something which was incorrect. It is only now that I have found a lovely group of female friends that I feel equally comfortable speaking with them as I do with my male friends. I am interested to see if other females on the spectrum find it easier to communicate with males and why they think this may be?

Alongside the postive reactions about Anne I have also read some negative, people stating that it is not a real condition and that it is an excuse for people who are unsociable or shy. Reading comments like this it makes me feel ill, I don’t understand how some people can be so ignorant and cruel.

Thankfully, the majority of comments have been lovely, people supporting Anne and wishing her to do well. I think the most prominent fact for how well she is educating the public is that the National Autistic Society’s website crashed as a result of the overwhelming response from Anne’s explaination of her condition – I should also mention how brilliant it is of ITV to show that footage that they did on the show, they didn’t have to edit it to be shown but I am so proud that they did.

Anne is the perfect woman to raise awareness, she is doing it with class and is making the Autistic community proud of who they are – GO ANNE!

Side note: I am beyond jealous that Anne is spending time with John Barrowman every day – Captain Jack Harkness himself – every Whovians dream!!

One thought on “All hail, Anne Hegerty”